“Tools that
simplify our
work.” 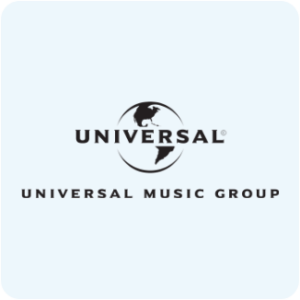 Smarter day-to-day life after the course

Viktoria Vassiliadis is the HR Manager at Universal Music. A collaboration with Effektiv Nu has meant that the organisation now has a greater knowledge about how to work smartly and efficiently, while at the same time reducing stress during the working day.

Universal Music is the world’s leading music company and has operations in 71 countries. In Sweden, the company has been around since 1998, and some 80 people currently work at its head office in Stockholm. Effektiv Nu launched a collaboration with Universal Music, with the goal of training everyone at the company to change the way they work, reduce stress in the organisation and free up time by working smarter. More than half of the company’s employees have now completed the course.

“A number of participants have come to me after the training with Effektiv Nu and explained that they have been given a wake-up call, which I think is a good thing. As a result, we are working smarter, using the tools we have and are able to focus our time and effort on things that make a difference,” says Viktoria.

Universal Music is characterised by a high tempo, and a common problem for its employees has been the large numbers of e-mails that arrive every day. As a result, they chose to place additional emphasis on the management of e-mail software during the training. Since both PC and Mac computers are used in the workplace, course leader Filip also made the effort to customise the course programme.

“It was difficult to find the time to set aside a full day for the course participants, but Filip at Effektiv Nu was very accommodating. Together, we developed a model that worked for us, with two half-days in succession and a half-day’s follow-up after a month. Bearing in mind the conditions we work in, this was extremely important and allowed more people to take part,” says Viktoria.

Team training the next step

In future, Viktoria may consider investing in efficiency training specifically for groups that work intensively and closely together. In this way, entire departments can adopt a new way of working quickly and efficiently.

“I personally feel that I have acquired more structure in my e-mails, and I don’t feel as stressed about the volume of e-mails anymore. I and many others also found it very rewarding to learn about the course leader’s personal experiences and advice for reducing stress in day-to-day life. As an organisation, we have been given tools that simplify our work and, simultaneously, time to plan for the long term and reflect on our work situation,” says Viktoria.